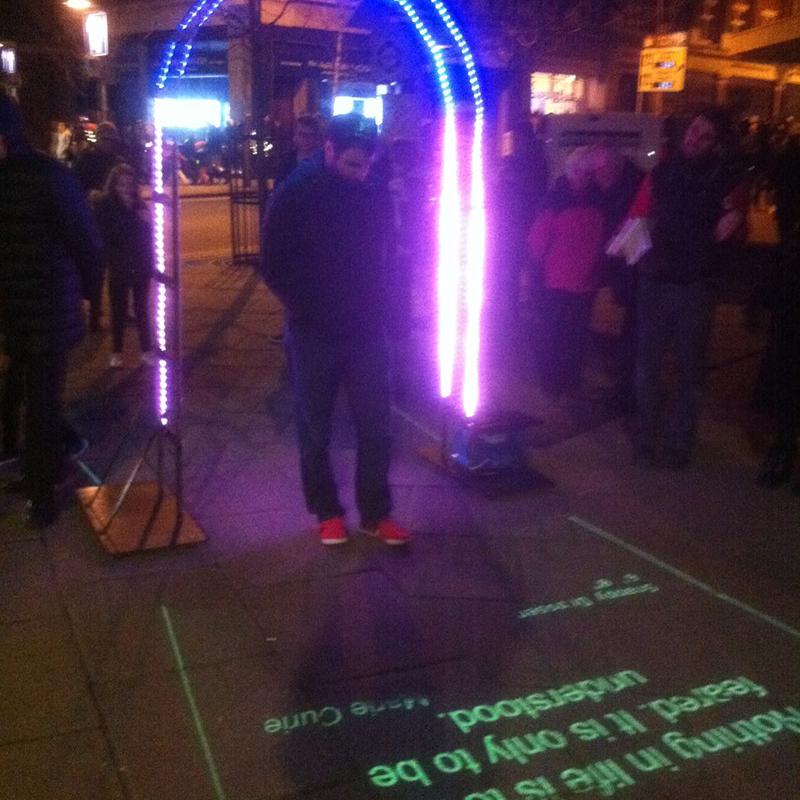 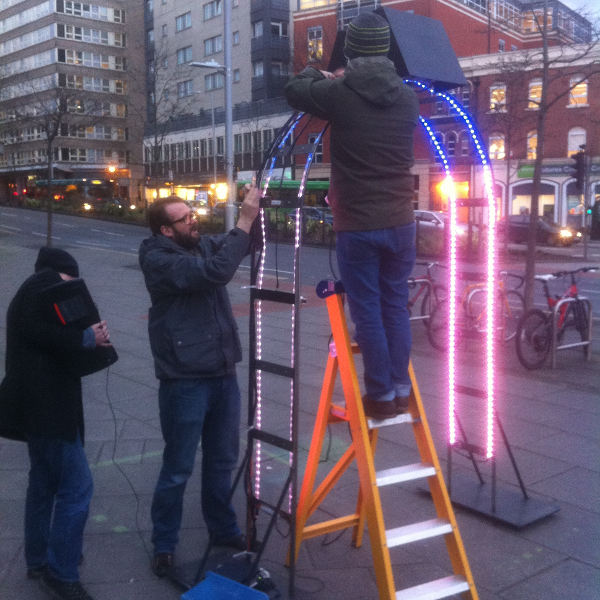 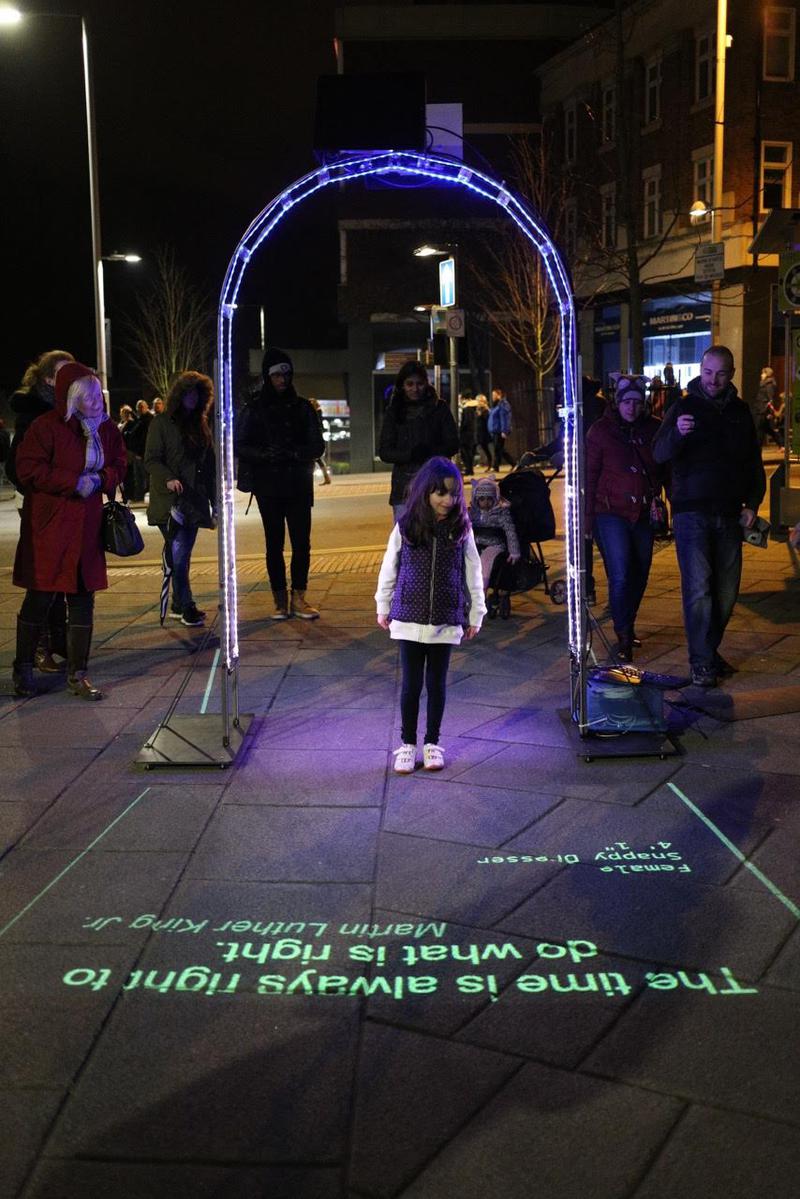 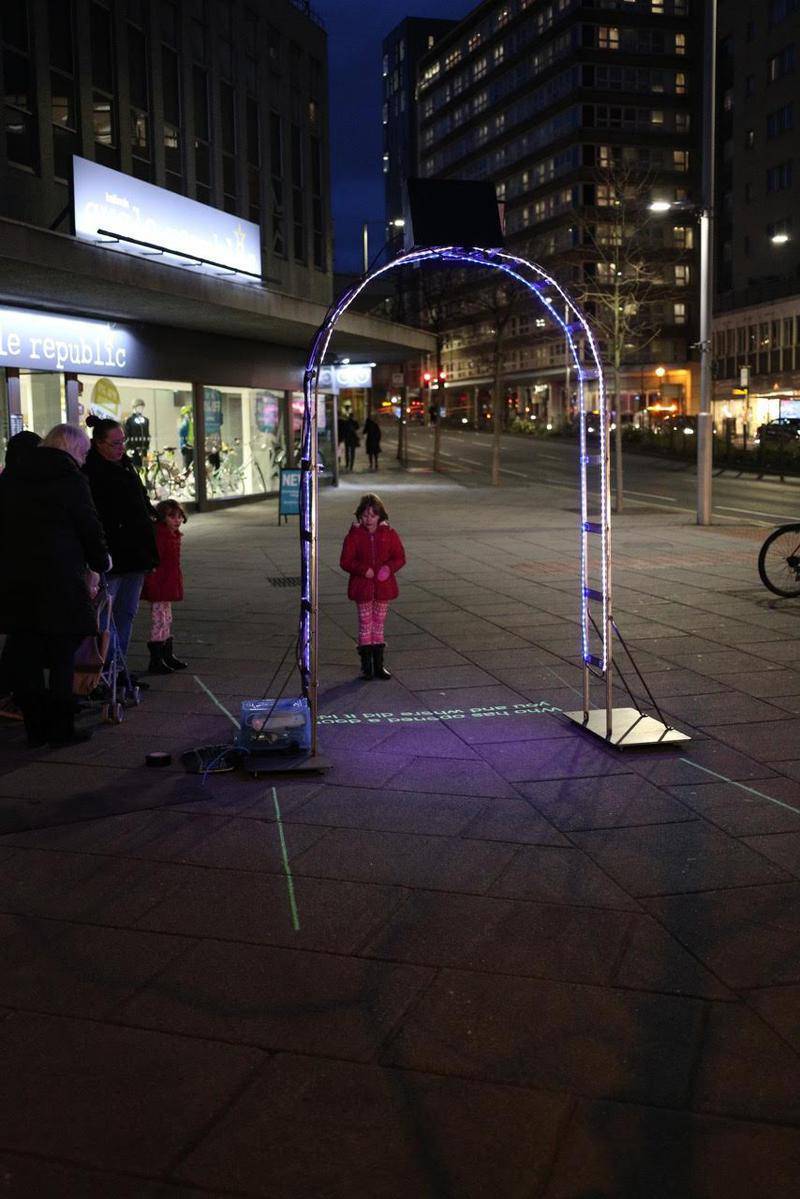 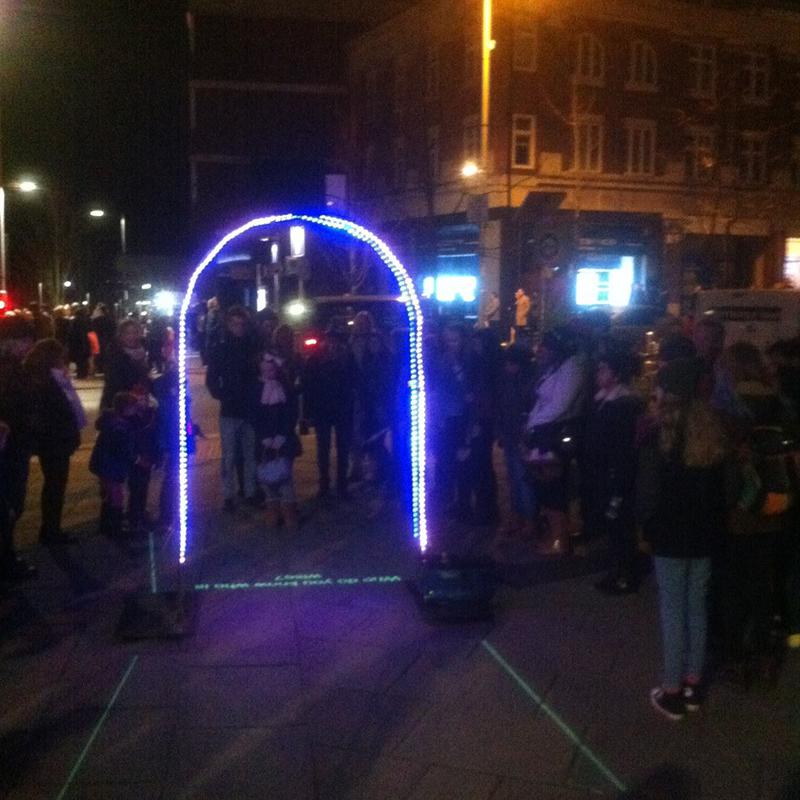 I chose archways as the form on which to hang the intervention because they have a place in our common imaginations to mark the start and end of journeys: we have ceremonial arches, wedding arches and even the lychgates through which coffins enter a churchyard are shaped this way.

Archways are part of an urban design language that informs how we use and understand public space, for example kerbs, barriers, trees, benches, and stairways, but archways are much more ceremonial than functional. They have a built-in narrative: rather like choosing whether to walk under a ladder, archways present a choice whether to go through them or not.

Examples include Eero Saarinen’s St Louis Gateway Arch commemorating the westward expansion of the US,

The Light Night prototype was a collaboration with Holger Schnadelbach, Anthony Brown, Kevin Glover, Stefan Rennick-Egglestone and Jocelyn Spence at Mixed Reality Lab at Nottingham University, and came out of a research residency I did shared between Mixed Reality Lab And Sustrans, the active travel charity.

I found the term "adaptive architecture" through Holger's research.