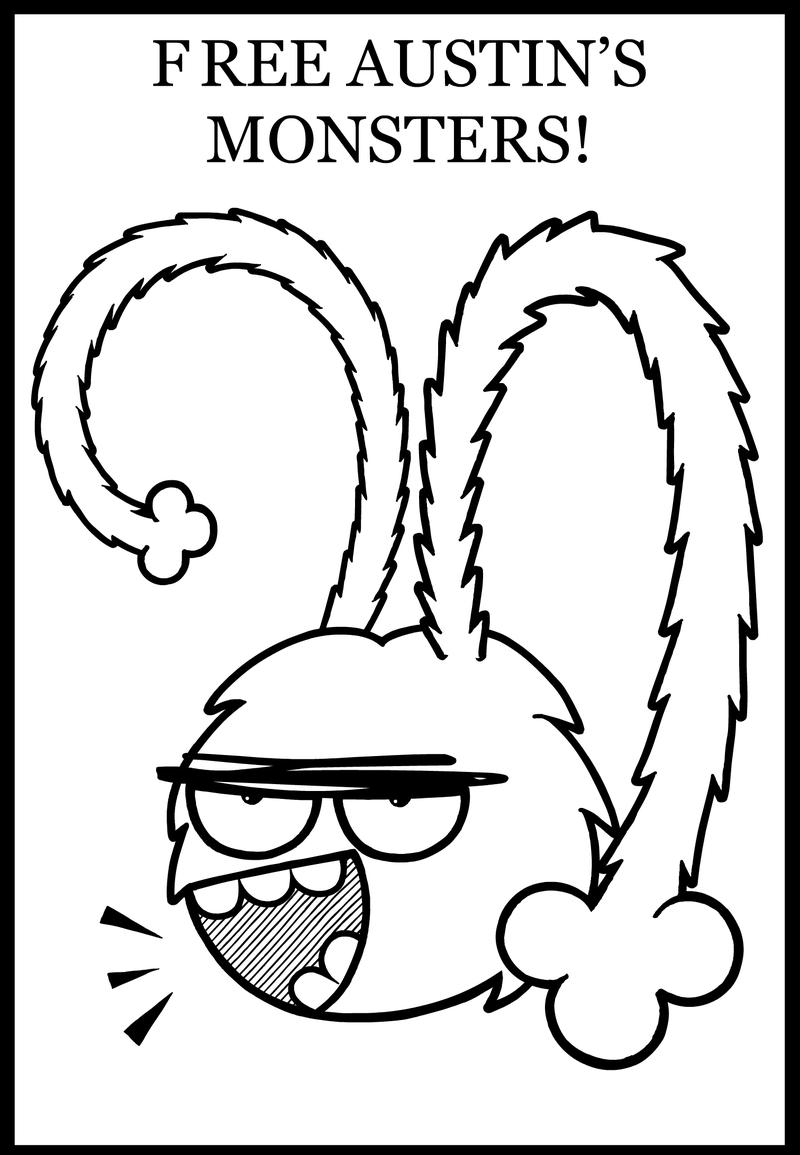 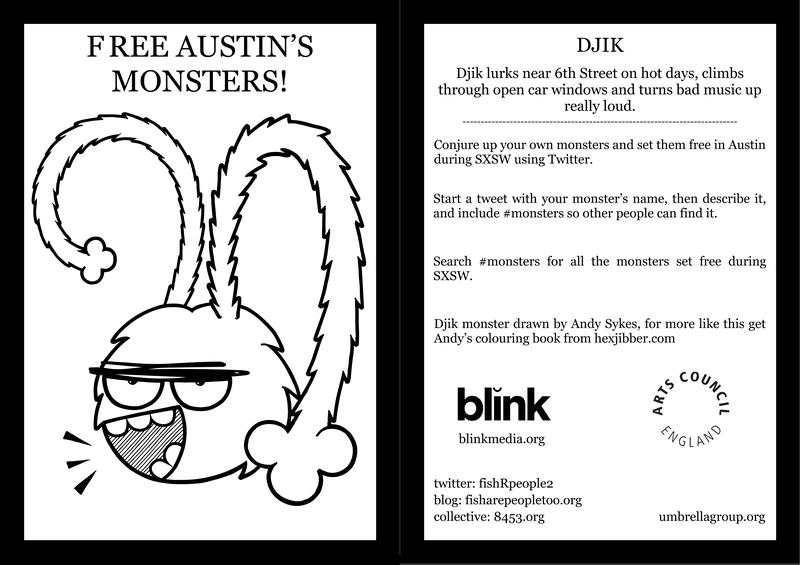 A version of Free All Monsters at SXSW Interactive.

This was a version of the original text message game from 2007 but using twitter instead of text messages, because the UK SMS gateway wouldn't work in America, or would cost a lot per message if it did.

It wasn't successful as an activity. Trying to use Twitter showed again that people perform their identities differently in social media than they do in messaging spaces, and the conference context didn't really work either.

A few months later the text message game became this.